I'm currently restoring a Rockola jukebox from 1964 and I'm very nearly there, there's a problem with one of the florescent lights which I can't seem to get my head around, one of the three florescent lamps the entire house out as soon as you switch the thing on. The confusing thing is however it worked fine at first but one day it suddenly started doing this.

These jukeboxes were manufactured in the USA using 120v components and when they were exported to the UK like mine, they bolted a large transformer in the bottom of the cabinet to step down the mains in, thus providing the jukebox with 120V at 50Hz. The jukebox has 3 florescent strip lights: 2x T8 30W 36" lamps which give no trouble, and a menacing T8 25W 28" lamp...

...or so it's supposed to be, at some point someone's changed it out for an 18W lamp of the same size and a 22W starter but kept the original 25W ballast which is rated for 60Hz. the ballasts on the other 2 lamps are also rated for 60Hz though and they don't provide any problem.

When this problem first emerged, the lamp would flicker for a few seconds before shorting the house out, I swapped out the 22W starter that came with the jukebox when I bought it and replaced it with a brand new Philips one and now it shorts the house the second you flick the mains switch.

The easy solution at the moment is to keep that particular lamp unplugged from the power distribution assembly but I would ideally want it working, I have also tested the continuity of the ballast and all is well. I have tested for continuity on all the points of the lamp circuit to earth with nothing testing positive. Should also be noted that you can have the lamp circuit plugged in and the starter disconnected and it doesn't trip the mains.

Sorry for the wall of text, I like to waffle on a bit. 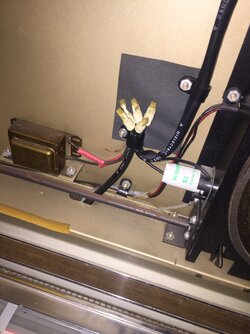 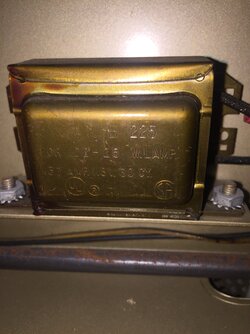 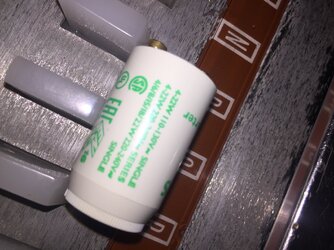 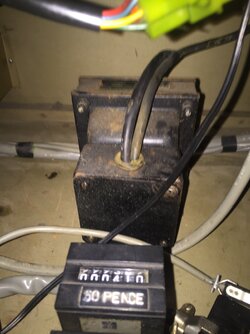 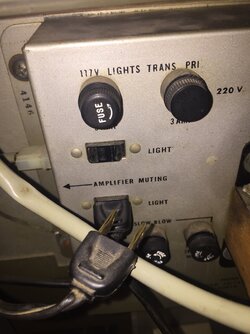 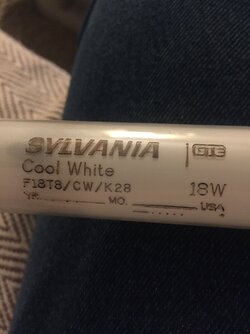 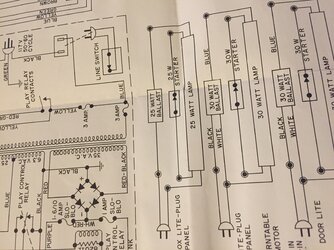 Mentor
Arms
Esteemed
Agree, a likely cause is that the insulation of the ballast or wiring is breaking down. When the starter operates, it interrupts the initial tube heater current and causes the (inductive) ballast to produce a high voltage impulse to start the tube. Even if the insulation is standing up to 120V AC at first, and while the starter is removed, a flashover or leakage may be occurring only at the moment of ignition. If the metal case of the ballast is earthed (I think this one is, some juke ballasts are not) any breakdown could result in earth leakage that trips the RCD. Low insulation on the ballast may also explain why at first, the tube flickered but failed to start before tripping, if the high voltage impulse was being diverted to earth instead of being fully applied across the tube.

Testing with a multimeter would not necessarily reveal a problem, since the meter applies only a few volts during the test which does not stress the insulation. A high-voltage insulation tester ('Megger') as used by electricians to test the soundness of wiring might show it up, or it might actually need the stress of an ignition impulse before it breaks down. The easiest way to test is by substitution.

60Hz ballasts working on 50Hz can be a liability, as they run the tube too hard (IIRC the current is increased by more than 60/50) and therefore also run hot themselves with the increased current. Failure was not unknown. This problem is worsened by the regulation of the step-down transformer - if its output is 117V under full load while playing, it will be higher when idle and the lamp current increased a little further.

One final point about the stepdown transformer, assuming it is of the usual auto-wound type i.e. one winding only, with 117 & 230V taps, not providing isolation between input and output (I expect it is, otherwise the ballast problem would not tend to trip the RCD).
Make sure it is correctly connected with the incoming and outgoing neutrals connected together at its common 0V terminal, by confirming that the two contacts of the 117V utility outlets are about 0 and 117V from earth respectively. If the transformer has its common terminal incorrectly connected to the supply L instead of N, there will still be 117V across the outlets and the machine will work normally, however the 117V will be 'hanging' down from 230V. The hot will be some 113V from earth and the neutral right up at 230V. Apart from the safety aspect of applying 230V to insulation that is only meant for 120, this can substantially increase the earth leakage and cause RCD tripping on switching spikes and other harmless events. I have seen this misconnection where a US cord has been incorrectly reterminated with black as neutral, for example.
Last edited: Sep 28, 2019
V

Thanks for your replies, in regards to fitting LEDs, usually it would be fine but with things such as jukeboxes, originality is everything. Obviously there are things you can't help changing such as capacitors and motor brushes etc.

I have ordered a replacement ballast rated for 14-20W 117V so hopefully it will be compatible with the tube and starter.

Would it be wise to test the current ballast by insulating it from the rest of the chassis with a piece of cardboard or something and seeing if anything trips?