Hi folks
last week i downloaded the new NICEIC eicr for amtech. Its next to useless. the F5 button does not allow you to duplicate items e.g. fuse ratings and you can't hide the dropdown panel on the left. needless to say we will be using the amtech standard eicr's until the useless folks at amtech sort their software out.

anyone else tried it yet?

Tell me about it!! I paid for the 2012 amendment 1, (like a good electrician) and I have various installations in my fasttest database some with upto 64 distribution boards in, I have waited patiently for the update to find out it's totally incompatable with the old 2010/11/12 fast test. I called them and there's a new version of fasttest 2013 in Jan? (maybe) which will be compatable. I am livid, I will be writing a letter of complaint to them, Hmm I wonder if I have to buy 2013 version?? and what about the 'Premier care'??? bet they try to push that down my throat too.
NOT A HAPPY NICIEC APPROVED CONTACTOR
M

I contacted Amtech about this and if you have the care package with 'future updates' you will get it free. If not, sounds like you will have to buy 2013. The EICR update is not good.... In my view anyway.
G

I booted amtech, bought 2011 in december 2011 and three months later they asked me to stump up a fee for support and the 2012 version, use Easy Cert, big draw back with both is that they don't run on MAC without installing a windows app for the MAC

i am the same, i had refused to pay for the Premier Care about 6 months ago when it was up for renewal. the main reasons at the time was all the spelling mistakes in the EICR and the fact that they said i had to pay for the upgrade to rectify the problem - i explained that i had bought something ( the upgrade in Jan) and it was next to useless, and they werent prepared to do recitfy their mistakes free! Then i got a call about the Amtech version of the EICR being released and if i paid around £100 i would get that thrown in with the Premier Care, and the upgrade from the spelling mistakes! So i took it! It wsnt explained to me that this was just for NICEIC as i am registered with NAPIT, therefore is as much use as chocolate fire guard! I got a call a week later and asking my opinon on it and i basically described it as shi"e, told them i had been ripped off, she thanked me for my feedback and hung up! What a waste of money that was!

Now i wouldnt recommend Amtech to anyone, even though i am stuck with it for another year! Crap service for what is now a crap product!
O

Makes you wonder who is running this then
E

Im glad we use Click software. its far from perfect but when theres a problem I can phone them and they sort it out then and there.

the only change i can see is the background so you can print on blank forms - like you say, still useless! Why it wasnt incorporated in the full package is beyond me, it means you have to fill in all the details of installations and clients all over again and end up with two seperate databases of certificates! Hopeless to say the least! I will certainly be changing when my rip off - oops i mean care package - runs out! 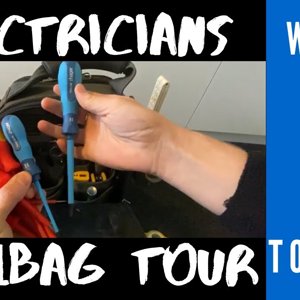