Discuss Is my motherbaord toasted? in the Computer and Networking Forum area at ElectriciansForums.net

Hey guys. So, I'm building a lower consumption pc for a pfsense router. The build is done, tested it last night, went through some configuring and did a laht system to power it off, and disconnected everything from the wall. This morning, I thought let me try to finish the configuring, but it doesn't want to turn on. I have a pico psu and a 100W power supply, used for LED strips, but it was never actually used. I have the same setup used for my NAS build, and it works fine. This build only has 2 RAM modules and an SSD, so it's not power thirsty.

The weird thing is, that the same scenario happened to me last year when I was bulding that NAS. The motherboard just died. I ended up buying a new one. So, now I want to know what the heck is going on?! Is it the pico psu that's creating me issues?! Because it's the only thing common to these 2 builds that had the same issue.

And what could happen during the night?! Or could it be that the pluging in the power cord that toasted the motherboard? 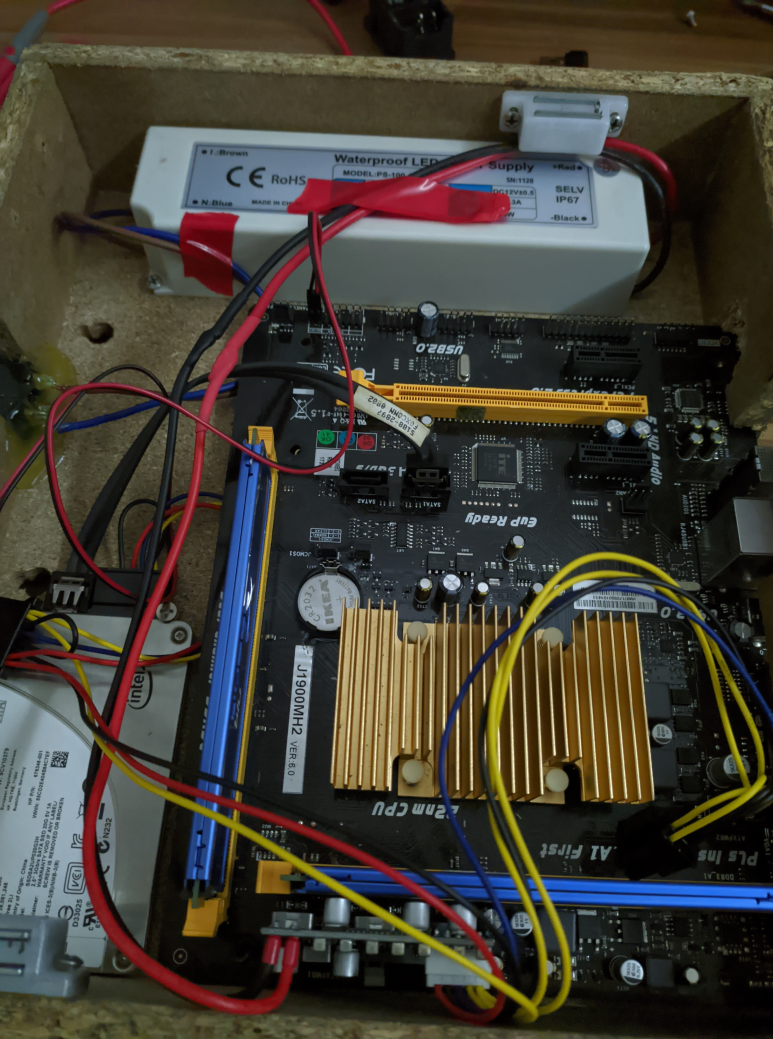 Reply to Is my motherbaord toasted? in the Computer and Networking Forum area at ElectriciansForums.net

A
12v power supply for diesel heater
Hi, I am in the process of setting up a diesel heater to warm our conservatory and need to provide 12v power to it. I have purchased a CCTV...

Dec 10, 2022
ASD289
A
M
Is is possible to connect a used Lithium Ion Battery from a Two Seater Smart car to an inverter?
The idea of having electrical power from 240volt AC sockets in a sectional building not on the national grid is becoming popular among those who...

Lights - Why is the my supply switch controlling my new one?
I've taken the supply from a neighbouring light [power source = outdoor lights] and this now controls the old and new switch as follows: When I...
2 3 4 5

led strips lighting for shelf
hi im looking to solder solid-color led strips to one power supply for each color, in order to dim each color individually. this is reasonable...