A new jokes thread for your amusement.

Discuss A new jokes thread for your amusement. in the Electricians Chat - Off Topic Chat area at ElectriciansForums.net

Ever since it started snowing, all my wife has done is stare through the window. If it gets any worse I'm gonna have to let her in.

Post automatically merged: Sep 12, 2019
The wife said to me last night ''If you turn the bedside lamp off I'll take it up the arse." Maybe I should have waited for the bulb to cool down first.

Arms
Esteemed
Warning.
If you get a PM from me with the subject “tinned meat”

Arms
Esteemed
I dated twins once...
My mate asked me "isn't it difficult telling them apart?"

and Derek's got a moustache!"

That, ladies and gents, is the Pie-rates of the Caribbean.

Did you know that the ships of the Danish, Norwegian, Finnish, Swedish and Icelandic armed forces have bar codes painted on the sides?

That's so when they sail into port, they can scandanavian.

Arms
Esteemed
What’s the difference between snowmen and snow women?

Arms
Esteemed
Is nobody reading these jokes?
Another one from me.


“Where can you see yourself this time next year?”

Arms
Esteemed
Did you know. Before they were famous, the Proclaimers were gardeners?

Craig and Charlie Reid had a great little business going until one faithful day when their grass cutter packed in.

They traveled all over Scotland looking for a new one, but alas....

Lochaber no mower
Sutherland no mower
Lewis no mower
Skye no mower......

Bathgate no mower
Linwood no mower
Methil no mower
Irvine no mower.....

Arms
Esteemed
Oh, the grand old duke of york
He had ten thousand men...
He even had some women too
But he can’t remember them...

Arms
Esteemed
BREAKING NEWS
Police in Bradford last night pulled over a local lad and were amazed to find the car was taxed, MOTed and insured.
It wasn't stolen, and there was no stolen goods or drugs found in the vehicle.
The driver was sober, had a full licence and no points.

A West Yorkshire police spokesman said they had no option but to fine him £80 for wasting police time.

I just bought some transparent paint called ‘Fưckall’. It does exactly what it says on the tin.

Arms
Esteemed
A man goes to a funeral wake and approaches the widow of the newly deceased.

“May I say a word” he asks
“Of course” says the woman.

The man clears his throat and says “Bargain!”

“Thank you so much” says the widow....
”That means a great deal”

Arms
Esteemed
First an apology beforehand to anyone struggling in the uk due to floodwater... but I just couldn’t resist....

Post automatically merged: Mar 8, 2020
So, littlespark, as a fellow Scot:

Police announced yesterday that they had discovered a massive drugs stash behind the library in Larkhall...

Local residents were stunned...they didn't know they had a library!

(somehow, i think I may have repeated this one)

A Scotsman an Englishman and an Irishman went into a pub...
The barman said "FFS, is this some kind of joke?"

Post automatically merged: Mar 8, 2020
Apparently. some workers at an Amazon warehouse have coronavirus...

Biggest joke this week is the panic buying of anti bac gel and toilet roll....
the spread of idiocy is outrunning the spread of Corona 10/1
Since when was sh*tting yourself a symptom?
experts telling you on tv how to wash your hands. Been doing it wrong 40 odd years.

And the biggest joke of last week. The Uk have entered the Eurovision Song Contest again.

Arms
Esteemed
A guy goes to the doctors....
“Doctor doctor, I keep on singing old songs from the likes of Dean Martin and Frank Sinatra”
“Oh dear” said the doctor “I’m afraid you have the crooner virus!”

On a more serious note, John Travolta has been admitted to hospital suffering from flu like symptoms.
His doctor assures us it’s only Saturday Night Fever

Arms
Esteemed
North Yorkshire police are baffled after all the road signs were stolen.
They have nothing to go on and they’re still looking for Leeds
N

A drunk fell out of the second story window. He landed on the sidewalk with a thud.

A man came running up to him and asked, "What happened?"

The drunk commented, "I don't know. I just got here."

The day after his wife disappeared in a kayaking accident in the Bay Of Fundy, Nova Scotia , a man answered his door to find two grim-faced Mounties. "We know it's late, sir, but we have some information about your wife," said one of the Mounties.

"Tell me! Did you find her!?" the husband shouted.

The Mounties looked at each other. One said,

"We have some bad news, some good news, and some really great news.. Which do you want to hear first?"

Fearing the worst, the ashen husband said "Give me the bad news first."

The second Mountie said, "I'm sorry to tell you, sir, but this morning we found your wife's body in the bay." "Oh my God!" exclaimed the husband. Swallowing hard, he asked, "What's the good news?"

The Mountie continued, "When we pulled her up, she had 6 twenty-five pound snow crabs and 12 good-size lobsters clinging to her."

Stunned, the husband demanded, "If that's the good news, what's the great news???"

The Mountie answered, "We're gonna pull her up again tomorrow."

Got an e-mail headed "Knock knock"


When I opened it the writer said he was a Jehovah's Witness working from home...


a guy pulled up in the parking lot of Home Depot and told his wife, "Theres something wrong under the car. I'm going to look"
It was a hot day and he was wearing shorts. When his wife came out of the store he was still under the car and his balls were hanging out of his shorts. She reached down and tucked his balls back into his shorts so he wouldnt be embarrassed. There was a loud thunk under the car and her husband walked up behind her and said, "I got a real mechanic to look at it."
N

The farmer tells his daughter:
"A guy is coming to inseminate one of the cows in about an hour, but I have to go to the bank and pay some bills. I need you to show him which cow."

daughter: "but we have like a million cows, I don't know which one..."

farmer: "No problem, I hammered a big nail on the corral gate so you'll know which cow is the right one.:

An hour later the guy shows up.
the guy: "I'm here to inseminate your cow."

They walk thru the barn, and the daughter spies the nail.

daughter: "This is the one right here!"

daughter" "I guess it's to hang your pants on, can I watch?"


Little Johnny missed school one day. Next day teacher asked where he was, and he replied "I had to take the cow to the bull." Teacher asked "Couldn't your daddy have done that?" To which Johnny replies, "Maybe , but not as good as the bull did."

Arms
Esteemed
Did you know.....
The word “gullible” doesn’t appear in any dictionary. 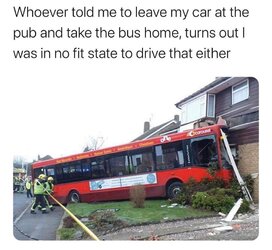 Arms
Esteemed
Not sure if this belongs here or on another thread.... but spot the mistake.... 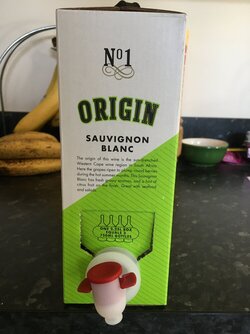 littlespark said:
Not sure if this belongs here or on another thread.... but spot the mistake....

Aint going to argue over 250ml, brains gone by then.

Arms
Esteemed
Yes.... it was a bit obvious.
That’s what my wife gets for buying cheap Vegan wine

Arms
Esteemed
This is very local joke from where I’m from. 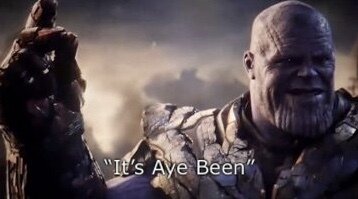 Reply to A new jokes thread for your amusement. in the Electricians Chat - Off Topic Chat area at ElectriciansForums.net