looking for recommendations for a drawing software (cheap) so that I can start putting together some drawings for a panel I'm building.

I'm extremely new to this type of thing so the easier to use the better.

Fed up with taking hours using pencil and paper

Cable Mate! Quite basic but free.

Visio where offering a free download of their electrical software a few months back, may still be a available do a Google search.
T

I'm looking for a similar software where I'm able to put electrical symbols on building layouts to enable me to create and provide proposed and as built drawings.

Handy to have replies to this thread in my notifications if anyone has any recommendations.

Visio as I said above: 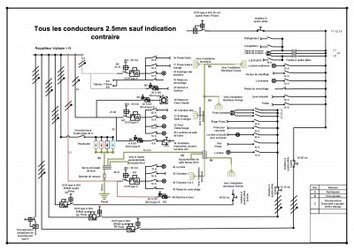 Thanks, do you use this software?

If you do, do you have a drawing you've made up using Visio which you can upload?

That is what I just posted, right click on it and save as you wish.
T

Sorry, mate, by the time my phone had loaded your picture I had already scrolled past your post

I am married to my mate and that is not you.

far too many electricians use this expression and then want to be taken seriously and treated as professionals, time to embrase the modern world and not your work colleagues.
T

Mike Johnson said:
I am married to my mate and that is not you.

far too many electricians use this expression and then want to be taken seriously and treated as professionals, time to embrase the modern world and not your work colleagues.
Click to expand...

News flash... All terms used by everyone, not just electricians, which can be used and still be taken seriously with as well!

Mate (noun) So, 'mate' is British slang for a friend. But, like a lot of British slang, mate is a word that is used as much sarcastically as it is sincerely. You're just as likely to call someone 'mate' when they're your friend as when they're annoying you.
T

OK, I'll strictly stick to Mike Johnson from now on!

Reply to Electrical Drawing Software in the Electrical Forum area at ElectriciansForums.net

Yesterday at 9:31 AM
ElectroChem

Connected Accounts - Link your account with social media if you wish

I apologise for the dangerous advert displayed recently

Electrical Videos; Please add all the videos you have to the forum