I watched this vid on Youtube. Interesting. They have 3 phase supplies. Does anyone know the cost of upgrading from a single to a 3 phase domestic supply?

Mentor
There are too many variables
You'd need to get a quote for your property from the network operator.

3 phase may not be available immediately outside your property, they may have to dig up and run a cable from many metres away.
There may be 3 phase outside but no spare capacity on either or both of the other phases, the network may have to upgraded.
Costs will be higher if the works involve crossing over a busy road.
And more.
J

It looks like 3 phase will be far more common as gas is phased out.

OK, what would be the minimum, in ballpark, from experience of people here, if 3 phase is directly outside in the street, to upgrade to say an average semi, and terraced? Any offers?
C

Mentor
Esteemed
Arms
I have worked in a domestic property with 2 phases before.
Will be interesting to see how standard single phase supplies cope with a house with an Electric Boiler, EV Charger, Induction Hob and Electric Shower in the near future. At the moment the Priority Units are a decent solution to the EVC/Shower situation, but chuck a boiler in there and I dunno.
Albeit new houses don’t have electric showers usually.

I went to a bungalow only 3 days ago to change a failed LED Lamp, newly renovated with 2 8.7kW Showers, 6kW Induction Hob and a 4kW Double Over. 60A Cutout. Shocking design.

Mentor
Western Power want £2k to move a single phase cutout 10mtrs, including excavation.
So I'd guess to replace with 3 phase could be £4k

John-SJW said:
It looks like 3 phase will be far more common as gas is phased out.
Click to expand...

I suspect the reality is demand limitation will become the norm.

That was all part of the original "smart meter" plan - that the DNO could cut equipment (like freezers, heating, etc, that will be fine for a half our or so) for short times to deal with demand peaks.

But really it is looking like the move away from gas for heating/cooking and towards EV cars will totally outpace the supply grid, no matter what folk think about 'prosumers' having their own PV supply, etc. So in reality stuff like car charges and other high power loads will have to be managed more centrally to stay within the grid's capacity and/or the generation capacity.
J

The grid generation can cope with EV demand, as EV use rises, less electricity is being used to refine oil.

I suppose a problem is having 3 phase supplies in each home to cope with instant electric water heating and EV charging.

At the ridiculous price they are asking to upgrade to three phase supplies, to get decent instant electric hot water heating, it would seem it would be better to spend the money on installing a Tesla Powerwall type of battery. Charge this up from the single phase supply, aided by solar, then high current instant electric water heaters can be used that do not take up space. The maximum is 11.5 kW on single phase, which is OK, but needs to be a higher kW (unless two are coupled up to a shower). Using a Powerwall battery, using stored electricity, a beefier instant water heater can be used.

I can see instant electric taps becoming more common, such as boiling water Qooker style of taps and smaller taps for basins. They have the added advantage of no cold dead-leg piping, so less water used and hot water instantly at the tap. Also eliminating a dangerous worktop kettle, with loose cables for children to grad, is highly desirable.

John-SJW said:
The grid generation can cope with EV demand, as EV use rises, less electricity is being used to refine oil.
Click to expand...

I'd be pretty certain that consumption by oil refineries in the UK would be eclipsed by requirement for EVs, should their use become widespread.
J

nicebutdim said:
I'd be pretty certain that consumption by oil refineries in the UK would be eclipsed by requirement for EVs, should their use become widespread.
Click to expand...

The head of the National Grid said they do not need more power generation. The Fully Charged channel did a vid a number of years ago pointing out that one refinery alone consumed the equiv electricity of Leicester and Coventry combined. As less fuel is being refined the electricity then become available for EV charging.

EVs will come in quick, very quick. Prices of EVs are tumbling while ranges are increasing, while very cheap to run. Toyota have announced a solid state battery that will be on the market ~5 years - was to be a big world launch at the Tokyo Olympics but Covid got in the way. . Twice as much storage per size and weight with 10 mins charge using a fast charger.

The tipping point to EVs is here.

John-SJW said:
pointing out that one refinery alone consumed the equiv electricity of Leicester and Coventry combined.
Click to expand...

That sounds a rather misleading claim.

That might well be the total energy consumption of the refinery, but I seriously doubt that is what it actually draws from the grid. Generally plants like that have their own CHP system since:

There are currently 37,500,000 vehicles registered for use on UK roads. We have an increasing population and EVs are being encouraged as a replacement for combustion engined vehicles.

Even if only half of currently registered vehicles were changed for EVs, I'm not seeing how a 50% reduction in electricity consumption from oil refineries will provide sufficient energy. Let's also remember the aim to move away from generation through fossil fuels, along with inadequate provision for replacement generation. Remember also the ageing network through which electron flow in our towns and cities.

One last point would be your mention of EVs having only one level of pollution - electricity generation. Setting aside the vast consumption of resources required in the production of new vehicles, there is that huge issue of widescale pollution caused by the mining of materials required for the production of lithium technology cells. Granted there are constant developments in battery technology, but we're currently in the here and now.
J

The channel I linked to in the first post, Fully Charged, I strongly advice many to subscribe. I have been subscribed for about eight years, the videos have been made for ten by Robert Llewellyn, actor. They come out at least one a week, sometimes more in a week. It was originally for EVs and hybrids, but now it is focused on non-burning of fossil fuel. He got into the sideline on non-EVs to explain the the reservations expressed here.

One older vid was clear that just one refinery used the equivalent electricity as Leicester and Coventry combined. Some refineries have direct supplies to the local power station they use so much. Llewellyn said he was shocked hearing about it, with the manger of the station being proud about it.

On another James Kelloway, Energy Intelligence Manager, from National Grid ESO says the grid can cope with increased levels of EVs. Go to 13 mins 58 sec. He clearly states that the grid can copes:
View: https://youtu.be/ONp8dismI-Q?t=837


On many other vids this has also been stated. Worth looking at all the vid, as Kelloway explains matters very simply. Kelloway does stress the importance of balancing the grid using energy and electricity storage using water, large electric battery banks and hydrogen. This eliminates peaker power stations.

Other ideas are around to balance. One is extracting electricity out of the EVs batteries connected to the grid, putting that back into the grid, with the billing both ways done automatically. All controlled via the grid's control rooms.

I know that some people plug in EVs, or hybrids, into remote homes, or homes prone to power outages, to power the essentials. For nearly 20 years people in the USA have done that with Prius hybrids. If the power lines are down the car takes over.

nicebutdim said:
One last point would be your mention of EVs having only one level of pollution - electricity generation. Setting aside the vast consumption of resources required in the production of new vehicles, there is that huge issue of widescale pollution caused by the mining of materials required for the production of lithium technology cells. Granted there are constant developments in battery technology, but we're currently in the here and now.
Click to expand...

Problems in mining the ores has been over exaggerated, by the oil lobby. One problem is political, like extraction in the likes of the Congo who use child labour. Lithium is one of the most common ores in the world with most being on the earth's surface. Australia will be a large source for the minerals and ores.

The point about new battery technologies is relevant. New materials are being used in R&D with some technologies producing exceptional results. Tesla are to announce an improvement in their technologies in the next week or so. Toyota have announced their solid state breakthrough, with market introduction in five years. By the time EVs are ubiquitous, which will be quick, batteries will have progressed substantially. That is not crystal ball gazing.

Also, batteries will have a very long life. One a battery set is not suitable for EVs, they are suitable for other uses. Germany has grid battery banks using used Smart Car batteries. Many of the innards of a modern battery are recyclable.
Last edited: Aug 30, 2020
You must log in or register to reply here.

Reply to 3 phase domestic supply in the Electrical Forum area at ElectriciansForums.net 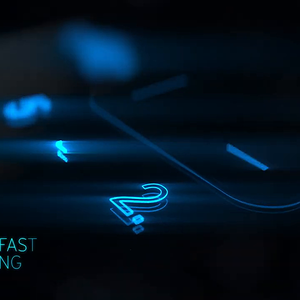 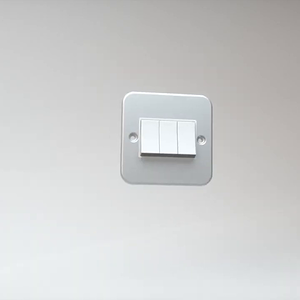 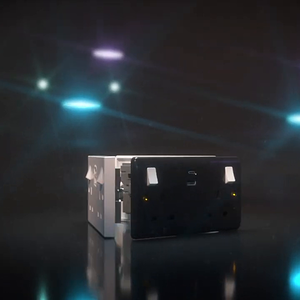 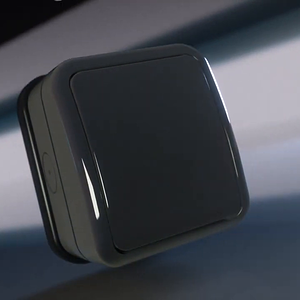